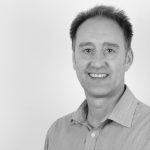 Wayne retired from the Royal Air Force in 2012 after more than 20 years of service, where he reached the rank of Squadron Leader. He then completed his Financial Services qualifications in 2012 and now has clients that live in London, Hertfordshire, Lincolnshire, Nottinghamshire and further afield.